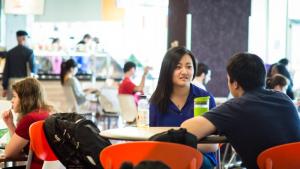 We are usually quite good at explaining. That's why speakers love using illustrations.

While explanation is a very useful tool, it does have some drawbacks. If we try to explain every single unfamiliar word it can become time-consuming, as well as reinforce for our friends the sense of Christianity as something foreign and complex.

The key is to be easily understandable yet also faithful to the biblical or theological reality you are attempting to convey.